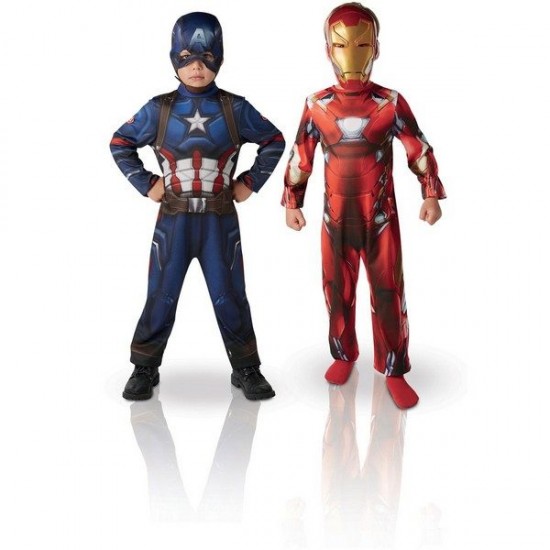 From the same category

From the same brand

The Iron Man costume consists of a jumpsuit and a mask. Entirely red, the jumpsuit is adorned with black and silver patterns that draw a super armor with an illusion of metal! It goes perfectly with the golden and red mask which camouflages the face and adds the mysterious touch!